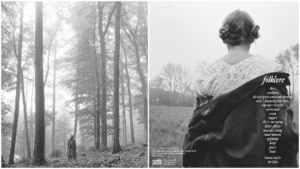 The internet is buzzing about Taylor Swift’s “surprise” album “Folklore”, I felt I should take a listen. I own both her “Red” and “1989” albums, her biggest and most successful records. I have to admit I’m not a fan of what we call low key “indie” music but I’m going to try to listen with open eyes or ears. Long gone are the Swedish hit maker producers Max Martin and Shellback, who are replaced with Aaron Dressner of The National, he helms the album along with her long-time collaborator Jack Antonoff, her mainstay producer on her previous effort “Lover” and some of her biggest records. Let’s start with the good: I absolutely love the song “Betty”, I could definitely see it becoming my favorite Taylor song. The album’s opener “The 1”, “The last great American dynasty”, “Invisible strings” and “August” are all worthy of her fine repertoire and Taylor’s biggest asset her storytelling, so far all these songs would make a great album. The record plays like a soundtrack to a movie or TV show, I’m not saying it’s a bad thing but most songs don’t have the hook or chorus for a huge radio hit or even to keep the listener intrigued. As for the production, I find Taylor’s voice is too drowned out by the music on most tracks. “Cardigan” for me is a really weak song as an album’s lead single and I’m not a fan of Bon Iver’s voice, the second single, the duet “Exile” is a no for me. At 16 songs this I find the album suffers from listening fatigue, I get that artists want to give their fans the most music for their money but this project needs pruning. Some songs were hard to listen all the way through including “Epiphany”, “This Is Me Trying”, “Peace” and Hoax” would all be cut on my list. Taylor can do anything, she is great at marketing and reinventing herself which is a great recipe for a long career, this album will definitely be talked about but is it worthy of the Grammy Album Of The Year as most are saying, I’m not convinced.