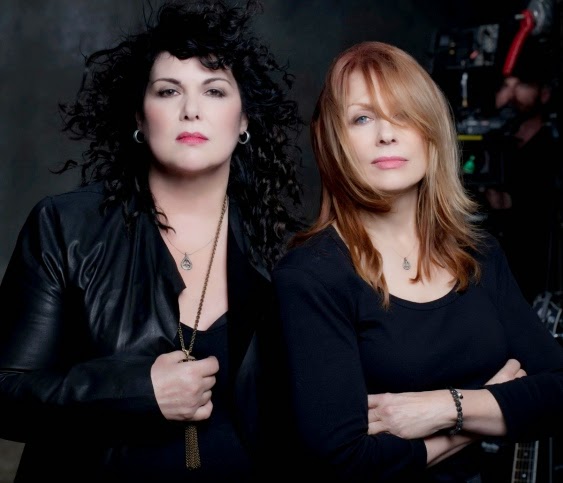 Within minutes of the 8:00 starting time Nancy Wilson was already on stage banging out the chords of “Barracuda”, seconds later Ann Wilson arrived and just knocked the house down, it didn’t stop for another 12 songs. Ann’s voice is absolutely incredible, songs like “What About Love” and “Crazy On You” sounded even better than the record. On “What About Love” she did some inflections and emotional singing that the sterile studio produced record version doesn’t have. She never missed a beat, her voice never faltered, all power but not overdone, it’s all live no lip synch here.

Nancy always seems to be overshadowed but she must be one of the finest guitarists out there, male or female. On the last Heart song “Crazy On You” she was just stunning with her guitar intro but the best was the jump and kick she gave at the opening chords wow, you’d never believe she was in her 60’s. Nancy isn’t a slouch at singing, far from it; I love her lead vocal songs as much as Ann’s. Like a fan girl I rushed up to the front stage when she did my favorite “These Dreams”, I was singing and miming the lyrics, she looked down on me and smiled, that made my day. There was even 3 couples slow dancing up front. Her guitar playing on Paul McCartney “Let Me Roll” (while not my favorite McCartney song) was just as impressive.

Can we talk about “Alone” there no words to describe it you must hear Ann singing it live. On “Dreamboat Annie” she did a beautiful flute solo. She played a few other instruments including guitar and an autoharp on a new song called “Heaven”.

After the Heart set Ann told the audience there was a 20 minute intermission, not a Hollywood 20 minutes but a real 20 minutes, a Victoria 20 minutes, that didn’t stop people from coming back late, although the line up at the washrooms were crazy. Speaking of the audience, Victoria has one of the suckiest. Who sits at a rock concert especially with Heart and Led Zeppelin songs. You don’t want to stand during the song fine but at least stand up and give Ann and Nancy (who are in the 60’s rocking out like they are in their 20’s) a standing ovation after the song, seriously! They only stood up at the end for “Crazy On You”, while most on the floor stood up for the Zeppelin set, the other off the floor audience did not, not even during Kashmir.

Speaking of Zeppelin, The girls opened the second set playing acoustic guitars with “The Battle of Evermore” a song that perfectly fits their catalogue, and then they were joined by Jason Bonham on an incredible 7 song set, that didn’t seem like a tribute but an authentic take. Who needs Robert Plant when you got Ann Wilson (just kidding!) Wow. Her voice on “No Quarter” was stunning, they seemed to have had some sort of echo or reverb on her mic, it was hauntingly beautiful. “The Immigrant song” was sort of fun but “Kashmir” was incredible. The ending with “Stairway To Heaven”, backed by Seattle’s Total Experience Gospel Choir was a show stopper.

My only complaint is that there wasn’t enough “Heart”, I would have loved to have heard big songs like “Never” but they seem to be shying away from their 80’s repertoire. Let’s hope they keep on rocking so they can come back and play those songs.