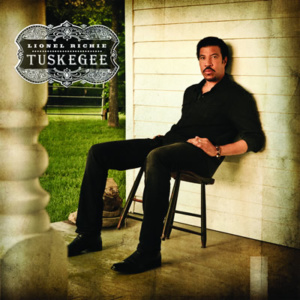 The idea of Lionel Richie doing a country album might confused the average music listener, but if you were more attentive you would see that his songs like “Stuck On You” and “Deep River Woman” are pure Country, not to mention the mega hit “Lady” which he penned for Kenny Rogers. For this project Lionel got some of country’s best singers and musicians to duet with him. When I first heard snippets of the album I was a bit disappointed but after hearing the full LP I love it. R&B staples like my favourite “You Are” with Blake Sheldon are just as good if not better, this guitar flavoured version only adds to the song without taking away any of the original magic. “My Love” with Kenny Chesney, “Sail On” with Tim Mcgraw and “Stuck On You” with Daruis Rucker are perfect. “Deep River Woman” with Little Big Town, in my opinion rivals the original sung with Alabama back in 1986 on his “Dancing On The Ceiling album”, the harmonies here are gorgeous, this song needed this production. A song that should have been a bigger hit “Just For You” is another stand out with Billy Currington. “Hello” with Jennifer Nettles from Sugarland, is an interesting mix but I’m not sure their vocals work well together while “Easy” with Willie Nelson sounds like it could have been written for him.

I only wish it was less of a Greatest Hits list, “Dancing On The Ceiling” and “All Night Long” do not translate into country, Lionel what were you thinking? Even Rascal Flatts couldn’t country-fi “Ceiling”. “All Night Long” gets saved by going more island flavoured then country with the help of Jimmy Buffet and some cool Hawaiian like steel drums. “Say You Say Me” with Jason Aldean is another oddity that doesn’t translate well. I read all about the lengths Lionel went through to get Shania Twain to re-record “Endless Love”, but I don’t think their vocals match well plus did we really need another version? I never liked the Mariah Carey Luther Vandross one, nothing compares to the original with Diana Ross. Speaking of vocals, despite the guest list nobody sounds as good as Lionel singing his own songs, his voice still sounds great, unlike Kenny Rogers who’s losing it, I would have preferred a solo version of “Lady” instead.